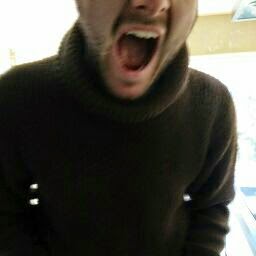 Did this banner before the MD. The portals in the park are sometimes very far apart, and sometimes you need to back the way you came. Overall i think the route could be better. Not recommended to do this on foot, by bike would have been alot faster. Took us a little under 5 hours.

Thx @Gehrmaster for the banner.

Nice banner with lots of uniques. Sometimes it misses portals only to come back to them again in a different mission. Some going back and forward too, but not too much.
Walking a steady tempo, i did this banner in 2 hours. Only stopped a few times to take a quick pic. Capture / click hack only.

Thx @Cauchemarbleu for the banner.

Did this banner during the night. Nice lil' tour that took me about 2 hours with caps & fieding.
Thx @ AlphaRomeoOne for the banner.

Cool banner. Did this one in group, took us about 3 hours, moving veeery slowly. Only downside is, that the missions are not in sequence. Though there is no reason to panic. Only had to go back for a missed portal once

Nice lil' banner, took less then an hour on foot. And a nice meetup afterwards.

Nice banner, done on foot. Not rushing, it took about an hour and a half with capturing / shitlinking

Thx @Kapryss for this cewl banner

Did this banner in the morning, before the tourist swarms. Took me a little under 2 hours with destroy / field. The route is very logical. Begins & ends near the train station. 24/24 7/7 accessible.

Thx @kevbbs for this great banner

Did this banner entirely by car.
Its best to do this one during the early morning or late evening due to the fact that you will have way less traffic.

Took me 4 hours by car to complete, only destroying and capturing.

As stated, portal sequences could indeed improve a little bit.

Thx @RebornAgent for this nice banner.

Really nice pic, this banner. Spent about 6 hours on foot doing it. With capture / linking and fielding. Glyphing every portal, stopping for some food and a few drinks even. No trouble with double portals here, used only one hs, and that was a fuck up on my part. Thx @MrSongz for this great banner!

Nice & easy banner. Took me about 2 hours on foot, capture, deploy, link & glyphed every portal i could.
Thx @Claire205

Great, easy banner. Starts and ends at the trainstation. A nice walk to explore the entire town. We did this one in 3,5 hours, stopping halfway 4 drinks at the city center. Even in time 4 seeing the last post. (8pm)
Thx @kevbbs

Nice and easy banner. It starts where the jarvis banner finishes near the MAS. Was nice walking around the harbour. Felix pakhuis and het steen are such beautifull places! Thx @hydrotherion

Really nice and easy Banner. Starts near the central train station. The city was pretty blue so with glyphing, recharging and linking at every portal. Tis one took me 2 hours. Learned a few rly cool spots in the city. Thx @hydrotherion

These are the last 18 missions of a 36 mission banner. Loved the tour, made me see Brugge from a different angle. Thx @mrDries

Nice and easy banner. This is the first part of a 36 mission banner. For me this was a nice, unusual route through Bruges. Thx @mrDries

Great Banner! The Bruges part is best done by foot due to the busy city center during daytime. For the Oostende part, a bike is highly recommended! It is an awesome, and the only 60 mission banner in Belgium. Thx @Arkmon.