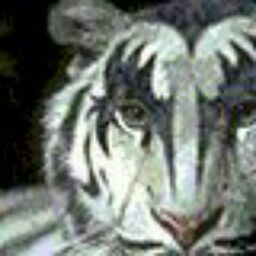 A long but worthwhile banner. Alphen a/d Rijn is pretty nice.
As with most missions, it's best to follow the route; you might feel you are missing out on some portals, only to find you'll get those later.
Although I am Resistance, defacing... euhm modification of fdl5's banner seemes like a good excuse to gain some more unique captures.

Ps. I met quite a number of friendly Enlightened players along the way (not kidding).

A pretty little banner which goes around and through Alkmaar centre.
Hack only, doable in a couple of hours on foot.

This mission was on my todo list for a while.
Took me about two hours of walking; capture & upgrade for hack & questions (plus occasional link and offroute unique).

The answers are, as stated, in Dutch. You can easily spot them by reading the plaques or zooming in on their respective portal photos in some cases.
(Screenshot of portal image+zooming in if you don't spot a plaque)

Mission is, as noted, unavailable.
Am I correct in assuming it shall not return?

This banner took me about 8 to 12 hours (but I take my time and go out of my way for the occasional unique) by OV bike.

OV bikes are available at the end of the "Slotlaan".
There are several bus stops there, so it should be easy to reach from any train station.
Note that several portals require you to go against biker traffic, will send you back, forth and around again on a route and there are a -lot- of sights to see. There are also a couple of portals in forests (mission 14 to 18, I think) which should be done during daylight hours and a couple which take you past schools.

As someone who lived in Zeist vor several years, I must say that I really loved this mission.
Thank you Seyst.

This banner is simply vast and quite rightly so named the Mother Of All Banners for Amsterdam.
As stated by j00rtje below, the portals and routes feel maintained.
Portals are quite reachable if there are no events, although this is Amsterdam so construction might force you to take the odd detour. Very rewarding if you are collecting uniques and AP.

j00rtje states this mission can be done in 46 hours. I've seen estamates of 80 hours, which is more likely if you want to build, link etc along the way.
Dare you be the 13th bannerer on this mission???

Ps. I did the first two missions on foot. I can't reccomond it though; this is a biking mission.

Passed this banner mission (and spent some time here) while doing another.
This park is quite lovely and there are a lot of tile mosiacs (non-ingress) which tell of the crusifixion.
The portals themselves, as stated, need to be hacked several times (hence, multihack tips).

I would lable this as a nice little tutorial mission; the walk is minimal, the location a known place to walk your kids and the portals are no more then a couple of minutes apart.
Starts out as a simple "hack this portal" and progresses to a "capture/upgrade" and even "create a field from this portal".

For those not in the knowing; this banner depicts Jules Deelder, a poet, writer and an icon of Rotterdam.
He is often referred to as the Night Mayor of Rotterdam and is quite right in believing classic oldschool (black) never goes out of style.

The title of this banner seems to refer to a notable parody of this song:
Kenny B - Parijs aka " Praat Nederlands Me Me" - https://youtu.be/jlHZ_Z8sUMs
Which spawned this parody: Praat Amsterdams Met Me - https://youtu.be/eUru1zJcCbY
Which in turn spawned his parody: Praat Rotterdams Met Me - https://youtu.be/kXfMWxBbgbw ... for which it is important to note that most Amsterdammers and Rotterdammers live in animosity of each other.
After these parodies, several major cities created their own parodies but I believe these were the first.

All in all, with this epic Icon and this much reference and background, I would recommend this banner to anyone who actually cares to pick their banner carefully and consciously. It's a nice walk through the city.
If you are here do do several missions, be warned; this mission -seems- to have several portals in common with the "Rdam's Graffiti Banner".

This banner is known for its sheer length, size and the opportunity to see quite a lot of north holland. Including a number of small, obscure and cute villages.
It is on a lot of people's "todo" list.
EDIT: Near as I can figure, there are fourty or so of us! Good going agent!!!

Personally, not owning a car, I used a combination of cycling (first and foremost) combined with trains (would not reccomend a folding bike, since you'll cycle for hours and hours).

What started out as a joke, ended up a project for the odd weekend and took me months.
Some routes will require you to start really early and will end at night while you wonder if you will be in time for the last train.
Do not count on busses, if you are on a bike; they won't take you along if it includes your bike. Non-folding bikes require an aditional fee, if you use a train. Trains also require you to travel outside of rush hour windows or they can throw ya off at the next stop!
I really emphasize the importance of working head- and taillights on your any vehicle, since quite a few routes are poorly lit and will send you to remote parts!!!

EDIT: From some of the comments, I gather that this mission wil head you against traffic and you will have to leave, said car, a number of times. As a cyclist, I had no problem with accesibilty aside from the distance from portal to portal; half an hour in between is -not- an exception.
The "sloos" somewhere in mission 2 or 3 has somewhat limited hours, so does the ferry near ijmuiden.
The Brederode portal doesn't require access to the grounds themselves if you stand in a corner of green but you'll need to get pedestrian. :D

As someone who dislikes cargress; if you do, keep your eyes on the road and get one (or more) passenger(s) you can get along with. In a car this'll take you some time.
If you choose to cycle this, take some full days for it and start early.

Either way, gather your whits about you, this is an endurance test and well worth your time and effort.
And especially if you're hunting uniques.
Alas you also pass https://ingressmosaik.com/mosaic/2581 and not get to do it. :(

We are the Resistance

Per Fahrrad
Niederlande
The Hague