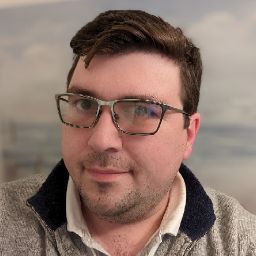 Besides starting a good ways into East York, and therefore not showing up on the mission list when actually in downtown York, this mission is fine. Once started, it makes a straight shot into downtown York, does one big lap, and then heads down George Street and then South Queen Street into Spry. Driving recommend for the whole banner, but walking the middle is definitely possible.

Would probably be improved by just sticking to downtown the whole time, but this variant was put in to alleviate issues with the original, which is capture only and had stranded many-an-agent unable to complete all 24 capture and upgrade pieces.

You probably want to start this mission in the car,, complete the bit on Penn State by walking the center of campus, drive over to the cemetery, and finish on foot in the cemetery. Easy banner. Very quick.

A better path than the similar Let it Be banner, this mission inexplicably ends many miles outside of town to the East. That being said, it was just a straight shot out a single road, so it was easy enough to complete, and I'd give it a recommendation, even if it could stand to see a revision to the pathing.

Very mediocre car banner. Pathing was generally fine, could be improved, especially flow between sections, but wasn't bad per se. Took about 40 minutes.

A very strange path on this banner. The first half covers a lot of the outlying areas, and then the last half covers the downtown. It wasn't bad, per se, but it seems that not a lot of planning went into the path, and it was just made up as it went along. For instance, one mission went into a park for a single portal, which required walking, and then 3 missions later, you go back to the same park to hack the rest of the portals. It's definitely one you want to drive, and wasn't unenjoyable, but could be improved with a revised layout with better planning.

A mostly good banner, it's definitely set up for driving. The only reason I hold back on giving it 10/10 recommendation is because the path towards the end runs all the way out to West Lancaster / Rohrerstown. If you can stomach a bit of a spread out ending, it's a good car banner. Took about 2 hours, and I'd recommend it to anyone comfortable driving and playing.

One of the best banners I've ever done. Clear objectives, with a good sense of humor on the passphrases, and with a great path, which is very short, and just repeats. Was very easy for 3 agents to complete simultaneously, even, despite it's Cap/Upgrade nature.

In my 6 years of playing and over 100 banners completed, this was clearly the worst banner I've ever attempted. Parking is a non-issue, and the area is extremely safe, and has shade, benches, and bathrooms aplenty, but the path and objectives are inexcusable. Doing giant laps of the campus repeatedly takes way too long, and you'll be doing that a lot, as this banner has many missions that are exactly the same 20 min lap around the perimeter of campus. The sheer amount of fields and links needed to complete make this banner impossible for more than one person at a time without the whole thing dying, or being virused. It seems designed for a student that could complete the set over the course of a semester, not a visitor coming in for an afternoon.

Also, I hope you enjoy modding, and then capture/upgrading the whole campus 10 missions in, after numerous laps hacking the whole area!

Just skip this one, basically every other Lancaster banner is great, and won't make you want to pull your hair out.

Enjoyable banner. Did it on a Saturday night during drinking hours, a little over 2 hours at the busiest time of the week, and it was very doable, even with all the foot traffic and drunk people. Walking is really the only way to do it, but it starts and ends at a parking garage on Bond, so there was no issue with that.

Loved this banner. The pic is great, the neighborhood and atmosphere were top notch, the views were some of the best in the world. Missions 7, 8, and 9, as well as missions 25 and onward, take you on a bit of a goose chase through some less dense areas, with some less-than-ideal pathing, but it's not anything that couldn't be optimized with revisions.

Missions 11+12 are resubmitted, however as I'm not the original author, I can't fix it on this site. They follow roughly the same path as the originals, just on some portals outside the cemetery.

Wow! This is one of the flat-out most difficult, terribly pathed banners I've ever done. I love the picture, and cherish it on my profile, but the path alone makes this a 1/5 star, cannot recommend. There seems to be no rhyme or reason to the path, just portals chosen at random, on different streets, with no pathing, consideration of mobility, one ways, etc. Walking is also not possible, as this mission starts high up on a mountain overlooking the city, and uses portals all along the mountain road.

This banner covers half a loop of the park, over only about a mile of walking, making it considerably shorter than the other two banners at Cousler. Still, the park is large, well-lit, paved, and clearly pathed, so if you like walking parks, any of the 3 banners here can be recommended.

This banner covers about 2 miles of walking in one big lap of a large, but fairly flat, paved, and easy to navigate park. If you like walking a well-designed park, this banner is for you!

29 Passphrases, and most of them misspelled / extremely unclear. For this alone, I cannot recommend this banner.

I would not suggest doing Mission #1 non foot, it starts over a mile from the remaining 5 missions, although 2-6 would be fairly trivial to walk. However, driving is not recommended, both with the large number of passcodes present, and the wandering path that flip/flops between two opposing one-way streets constantly.

Additionally, average completion time just a hair shy of 4 hours for a 6-parter. Over that time, you could easily complete Art of Downtown York [6], Rocky [6], and O' the Places You'll Go [6], and still have time for lunch. Suggest doing these instead.

This is a troll banner. The only team to ever do it spent over 15 hours and required a hotel stay to complete it.

Great artwork, poor missions. The start is at Kmart, far away from the rest of the mission, making walking / biking it impossible, and the start difficult to find. The change to capture upgrade in an area that's normally quite heavy in one faction's favor has made it difficult for people of both factions to complete. If you're completing the downtown section by car, make sure you're stopping at every mission end, as the next one will start immediately after. I would advise checking the map to make sure the area isn't build up as 8s before attempting, or reach out to the locals for advice, however it's recommended you skip this one and do the resubmitted Hack-Only clone!

The only complaint about this mission is the first mission does have a single portal very separated from the others. Make sure you grab that waypoint BEFORE you park. Suggested parking is on the south side of the campus, near Buchanan Park. Easy walk around the entire campus to complete!

Extremely fast and easy, whether in a car or on foot. It is on city streets, so it should be accessible for everyone.

One of my favorite missions ever! Extremely original.

The artwork and passphrases themselves are great. Be prepared to bring a copy of the namesake book, "Oh the Places You'll Go", as all the passphrases are direct quotes from the passages of the book.

This banner will take you on one large walking loop of the park, which is accessible until 10PM daily.

This mission set does require a bit of walking, however if you do mission 1-6 in order, you will be able to complete it in one lap of the complex. There are passphrases, however the answers are all on the signs themselves, no external research needed.

Note: The Old Abe sign is out for maintenance reasons. You can complete the mission by looking at the picture of the sign, or just putting in "a whole brigade" as your answer.

If you have difficulty with walking, please reach out to the AHEC staff, tours via golf cart are available.

This mosaic has some difficulty in the first few missions. They are so spread out as to make walking unrealistic, as it starts north of Division Street, near the Italian Lake. Additionally, on this section best done from a car, there are multiple Field Trip waypoints, making the car-gress harder. Finally, there's nowhere to stop on Front Street, making looping back after each mission is completed a real chore.

However, once finished the first 6 from the car, as is the only realistic way, 7-18 are quite easy. I would recommend you park at number 7 and finish the banner from foot, as there is no place to stop on Front Street whatsoever, and you will be making many loops otherwise, as I'm sure you had to do for the first 6. The final mission does require walking the capitol steps, as well.

All in all, enjoyable, but a few edits would go a long way.

Submitted some new artwork for this banner. Now it's much more pleasing. Very easy to complete, it's a short walk north from the Courthouse.