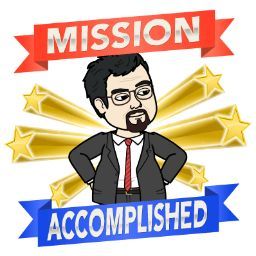 This mission author is already an experienced creator of missions, and so you expect a lot, and are not disappointed. It's a good tourist walk including plenty of the best of the Warsaw scenery (maybe culminating in the Palace of Culture is controversial for some Warsawians but I'm generally ok with that. It's not a bad thing to end a mission close to the Central Station.

I quite liked the balance of old town and royal mile coverage with the more shopping area feel and then finishing around the PKiN.

As some others have pointed out, not the best for disabled users, that's why I gave a 4 rather than five for "Barrierefreiheit". On the other hand he did a really good job with the wayposting and the use of the "first portal is a question with always the same answer" technique is really helpful in an area where there are a lot of other missions. It was very good how I never had any problems with finding the next mission.

I did this one some time ago but I still remember it well.

There's one section, part 13, which takes you through a gate which can be closed at night. If it is, there are ways around so I'm saying yes to 24/7, but they are long ways around.


It's a very nice presentation of the region, which is the part of Warsaw I live in as well as the author of the mission. He's not in my faction but I am still very happy that he made a mission showing some very nice sides of Ochota, some original approaches giving rise to some nice views along the way.


Shortly after this mission was made a lot of new portals appeared so you might be tempted to hack around the mission for uniques, but if you do you are also likely to use heatsinks a few times.

He mentions in Polish that you'll need walking boots to do this and it's no joke. 18 kms is the result of quite a meandering path. If you don't want that then bike should be fine. Car not so much.

Because of restrictions at the time of creation, this appears as two separate missions in the system, but you should be able to work that out ok.

Another very good mission by this team of mission makers. I had a laugh when it says "we hope that you discover only the brightest sides of Warsaw" as this mission is not shy of taking you down some pretty depressed areas in the ghetto area, including this old kamenica which is the last one standing which looks like an ancient ruin by now and really quite spooky at night. There's nothing wrong with that, it's all safe, but I just had to laugh putting that in comparison to the description. It is good that visitors see not only the repaired face of this city. There is a dignity in its scars also.

But you should enjoy it, either as a tourist or a Warsaw resident.


Don't miss, also in the Żelazna street area, the narrowest house in the world. That's a little known feature in Warsaw.

Very nice mission for tourists as well as residents.

You start at river level and come up the escarpment just the once, so it is probably fine for cyclists, however a lot of it is around the old town and there are cobbled pavements which could be an isuue, not to mention the number of tourists that are there, and it is not a challenging walk so that's how you would probably want to play it.

Because the name of the mission is long, it's not always easy to see the number and also because it is in parts of Warsaw with a lot of missions, you might make a mistake in finding the next part of the mission if you do not take care.


It tends to come back and pick up portals missed the first time so no need to hack around outside too much.


All in all, a good mission.

This mission is probably one of the most physically challenging in Warsaw, up and down the Warsaw "Skarpa" or Vistula escarpment some four or five times, negotiating staircases that will cover you in sweat in the Summer or make you risk slipping on ice in the winter - why to go to the trouble of completing this mission?


Well, for one thing it goes through a very distinctive but overlooked feature of Warsaw, the escarpment, and treats it almost as a study, and at various points we see historical palaces and splendid views, in others we see courtyards and parks we probably overlooked even those who lived in Warsaw all their lives. For me a highlight was Professor Street, which I must have driven past a hundred times or more and never really known it was there, and a lovely little walk it is too.


This mission is a work of art, encapsulating the discovery element and potential beauty of the game we play. For this reason I applaud the two authors and say that this mission deserves to be done and has the right to make physical demands on those who attempt it.


The beginning, in the Królikarnia park, is not 24/7. It is open in the daytime and late on Thursdays. I can't remember any later parts that would be closed at night, but doing this mission at night, or with a bicycle, isn't advisable.

It's a pretty good mission which shows you around High Wycombe quite well. It has a few hilly bits but is nice enough to avoid the very worst of the hills and I guess you wouldn't get a flavour of Wycombe without a bit of the inclines and the accompanying sweat.

It's a pity about the one or two Stadium portals in the second half which make this not 24/7, it was an enjoyable mission but a pain to come additional times out to do it. Nice image and nicely planned walk for most of the time. Felt like I saw quite a lot of the place.

Yeah, I also got caught by the 14-15 bit, but once is OK. It's a good 24/7, well routed and attractive mosaic which shows off the city well for tourists. You don't get into the real old town proper, but skirt at the side of it, but that's a gogod idea actually, as many other missions are all doing the same thing and this has a bit more originality, whilst remaining a good tourist mission.

Very nice quick mission with quite an interesting route which I did in two evenings, and in both cases managed to fit it in with places I needed to go anyway, so very convenient. Should be pretty much 24/7, except for the bit around St Barbara's church which might involve going back round by Akcja Katolicka rather than using the gate through the church if you do it late at night, but the portals should be hackable anyway. Nice "pointilliste" style image of thee Warsaw skyline.

Another high-quality mission from an Agent who has made a number of them. A bit more demanding on the feet than the average tourist mission, but takes an interesting route which I took in the evenings after work over several days, and found it fit nicely in to me needing to be in those areas anyway. These are not the prime tourist areas of Warsaw but worth a look anyway and will give you a flavour of the central area of the city. No barriers and easily done at night, with easy pathfinding from mission to mission through the banner.

One small quibble, there were quite a few waypoints which were not portals and to be honest most of them were "content removed by the provider". I note from the author's comment that NIA made quite a few revisions to his original concept and I therefore assume that this was their fault not his, but really it is hard to understand that in a brand new mission so much of the content should already by removed. I understand this can happen after a while. It's a pity because I would have liked to read about some of the places which showed up as waypoints.

A good mosaic for tourists, although the parts of Warsaw we are taken through are so rich in missions that you'll find yourself looking through several screeens before finding the next mission part in the canner. For this reason, I dropped one star on "Wegfuehrung" although I am fairly sure it's not the fault of the author. Mission can be accomplished on foot or by bike but not by car alone as it goes into areas like parks where you cannot dirve, in fact the day I did it all of Krakowskie Przedmiescie area was sealed off or some parade or demo. It's a good route which will show the visitor some nice but overlooked parts of our city. It has one dip down into the foot of the escarpment and then back up again, but no big complications and the chance to hack for uniques around the course without too much risk of losing hackmods.

I agree with what the first reviewer said about the waymarking, for sure having a sequence rather than any order would have improved the mission, but it was still a very nice mission. I did it at night with no problems. The tour of the area south of the Leine was very nice as well as the town centre.

Very nice banner mission it is and well guided in a very pleasant area of Hannover north from the station. Can be done with good effect after the town centre missions like the Nanas one. Many thanks for this mosaic.

Nice banner mission, well done. Had no problems at night, took it over two winter evenings, got the impression I saw everything I needed to see in Celle. Not quite sure why the other player said the name of the house is wrong, as it seems quite correct as far as everything on the internet I can see is concerned. Worth taking care not to mix up with the other banner mission of the castle, as sometimes the same number in that mission is close by.