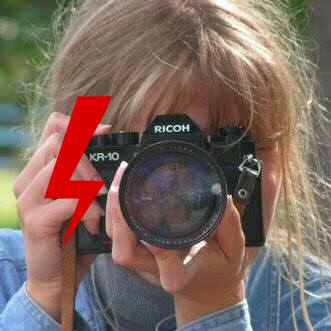 The mosaic is designed for cargress. I finished it in a two and a half days on foot, mechanical scooter, and public transport combined (including a good amount of time spent on getting unique captures, too).
If you're using public transport, be aware that more often than not you'll be forced to hop on and off the trams/buses and backtrack the route on foot because of the portals that you narrowly miss or when one window ends and another begins between stops and you don't manage to switch to the new one in time. Or when you get a speed lock, like with the beginning of mission 35. Or when the 29 ends on the same portal that 30 begins with. I also think that some of the portals have had their location edited slightly away from the street since the mosaic was created, too.

Easily doable in 1h20m. Still available in March 2019. Questions are in Polish only, but the answers should be googlable and are only year dates.

Nicely designed. There's a jump between mission 2 and 3, but other than that, it's a pretty straightforward route.

Very quick banner with minimum walking and a bunch of uniques in one place. Remember to upgrade smart, since you'll be upgrading the same portals two or three times.

Mission 11 leads out of the Park bounds so you need to go back over the bridge, and mission 12 leads back in again.

The only difficulty was that it sometimes required scrolling down the mission list to find the next part - pay attention to mission numbers.

Very nicely and logically designed mosaic. Every next part starts with the passphrase at the same portal the previous one ended, so you don't have to scroll through a multitude of screens in the "Mission" tab.

Doable in 2h30 on foot, took me exactly that much. Like horstkaktus said, it's not very accessible for people with disabilities in the Old Town area.

Nice and well-designed mosaic. Apart from mission 12 and 13, each part starts close enough to where the previous one ended, that the missions were among a few first on the scanner screen (as in, I didn't have the "scroll through several screens" issue that Quoracy was talking about). Mission 12, on the Warsaw University campus, was the only one that dropped a bit and was lower on the list than mission 13 - so be careful in there.
A tip: Don't hack unnecessarily in that area, as well as in front of the Holy Cross church.

It took me 2:30h on foot, of which some time I spent on playing too (glyphing, capturing and linking etc.), as well as I "wasted" a good 15 minutes on Powstańców Square, playing with the outdoor instruments and trampolines placed there :D So, it's absolutely doable in 2hrs on foot.

This banner has one of the worst routings I have walked through ingame. The "any order", combined with randomly reverse or straight routings of single medals, in the city center PACKED with missions simply does not work. Good thing the whole banner is rather quick - walk takes less than 90 minutes or so - but prepare for a lot of doubling back and severe lagging while scrolling down the mission list in a search for the next part.
The last six missions are the worst, probably due to the wrong numbering when the banner was originally posted.

Each mosaic window takes ~45minutes to complete on foot. Very nicely designed and thorough walk through the Żoliborz district.

I loved the first mission in particular - the clues pointing to target portals were usually in form of the riddles. Traces of that approach was also visible in the second part, but it soon switched into a guided walk (walk south towards the X street, turn right until you see the chapel and so on).

Warning: clues are in Polish only!

The Archeological Park (missions 7-9) and the King Tombs (mission 18) are open in winter season only till 5pm. The "do the missions in any order" option makes the clever routing more tricky, especially that there's quite a distance between some portals - a couple of times I had to retrace my steps.

The back exit gate from the Park (between missions 9 and 10) was chained and locked - I had to double back to the Park's entrance and again to the mall area.

Mission 18 is set aside of the rest of the missions, which I get is because of the limited number of portals in Paphos. Still, its location, combined with 17 going away from it (and doubling the portals visited in mission 4 or so), makes it overly tiring to reach on foot.

TL;DR: prepare for lot of running back and forth, check the sites' opening times, plan ahead with the map.

The mosaic takes 1.5h by foot - and that's in winter, in very slippery conditions ;) I'm sure it could be done even quicker. The routing would be excellent if not for the "visit the portals in any order" thing - you can end up running in unnecessary circles, especially in mission 2 and 3. Pay a lot of attention to the portals list in the mission screen.

Nice and quick mosaic. The routing gets a bit weird in a couple of places and the last portal to hack in part 14 gets repeated as first of part 15 (bring the HS), but the whole thing is doable on foot in less than two hours.

There's a bit of jump between mission 20 and 21, due to the removal of duplicate mission, and the 23 overlaps with 24 with one portal, but other than that it's a very well thought-out mosaic.

Both Ujazdowski Park and Łazienki are closed at night.

The sixth mission requires buying an entry ticket to the botanic garden. Not accessible 24/7.


The entrance of Tivoli

DREAM IT WISH IT DO IT