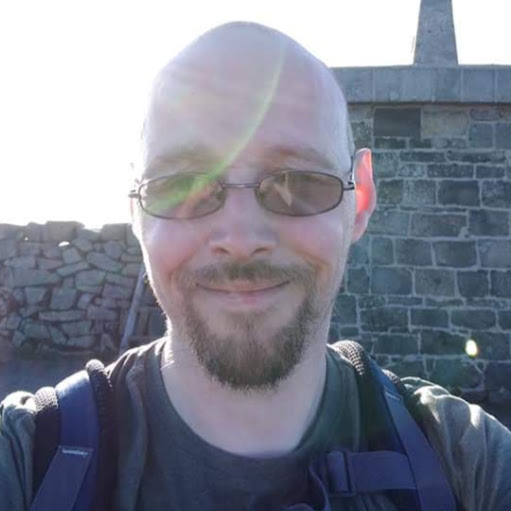 What BPafus said. Route really needs redesgned. There is one portal is used 3 times which makes for a lot of standing around waiting.

Banner looks nice enough but lots of portals you walk right past that are not used. If route was redesigned you could cut the time and distance easily in half.

Really beautful looking banner but if done on foot would take days. Route double backs on itself. You have to go an extra 5 km out of the way 3 times to hit a single portal. Really needs route re-designed.

The route is all over the place. You go down the same road so many times it's not even funny. Nice looking banner but route needs overhauled

Nice looking banner but route is far from great. This banner is too long to do on foot for only a two row banner and can't be down by car due to the route.

The route also goes from one portal to the next which looks good on the Intel map but in reality you you have to do a big detour to get from one to the other. You also bypass a lot of portals and go to some really out of the way portals. A redesign of the route would be advised.

Most of banner is 24/7 apart from a park on falls road. City hall portals can be got 24/7 with some luck. Beautiful photo. Long walk.

Easy but not accessible 24/4

Since route has now changed it has been much improved. With now portals coming online hopefully it can be improved further.

Pretty banner. Easy walk around centre of the city

Quick and easy. Mission 7 has been updated so it is now accessible 24/7

You really need a car for this one. You must a lot of portals and it was clearly made back when there was very few portals. Could be reduced to take a 1/4 of the distance and time if redesigned.

Not fun at all for so many reasons.
* Not accessible 24/7
* Route goes all over the place and it can't decide if it wants to be one you do from car or walking. You need a car for this banner given the distance it covers but are constantly running up dark alleyways to get to portals.
* Walled garden is closed all autumn and winter so you can't hit the portals (mission 10 I think). I was finally able to get by standing on one side of gardens, turning off GPS, walking to other side and turning on GPS and hitting portals as scanner corrected location.
* Nice photo but route needs a complete redesign.

Can be done 24/7 if you are lucky with GPS drift at city hall. You wake past a lot of portals that if used could almost half the distance walked.

Nice looking banner but it's a lot of walking for a 6 mission banner. This is not the banner creater's fault but the fact it is a very low portal density area. Would highly recommend summiting more portals and shorten this banner a lot.

Takes approximately 2hours. Only really down side is you walk past as many portals as you hack. Banner could reduce amount of time and distance almost in half if it was to use these portals

The banner finishes far from the start point so if you are using car or train to get to this banner you have to walk all the way back after. Also Mission 2 has has an info point inside the Odyssey which I could not get a GPS signal for so I had to walk almost into loading bay/ban area to hack. This is disappointing as there are a number of portals in the area (that you walk past and never have to hack for this banner) that could be used instead.

This could be a good banner with moving the start point to the Odyssey which would reduce distance almost in half and using other unused portals and not info points.

Fully on-line. Great photo. Route could be shorted almost in half if was to use new portals created. Allow 2 hours if walking and just simple hacking. While there is some portals in the City hall which is not 24/7, all the ones used in the banner can be hit from outside of fence with ease.

Nice looking banner but with route set as any order you find yourself back tracking to get portals. There is also a lot of portals you walk pass that are not used at all which if used would be an improvement.

I lovely looking banner but you work past a lot of portals that are not part of the banner. This banner could be so much quicker with using them and reducing the distance walked.

Mission is all out of order

Misses some new portals and doubles back on itself a little. Easy banner to do inside an hour

A fun mission hitting a lot of Lisburn portals with having to hot the same ones. Also hits some really interesting historic places. Does take a good 3 to 4 hours

Do by car or bike. Covers to big of an area to do on foot

Takes about 2 hours to do

Can't be done in car as it goes down one way streets the wrong way and into places cars are not allowed. It is an old mission so it doesn't use a lot of the new portals which could really reduce this mission amount of walking and time. Great photo

Not the best route. Passes lots of portals to only take you well out of your way to hit others. A much more direct route would be nice.

A lot of the portals are in areas that are not accessible 24/7. While this could be done on a bike, it is much better doing in with combo of car and walking. Would not advise trying this mission only on foot.

Really the worse banner I have ever tried. 1of 6 is hack all 30something portals which takes and 1 or so, and it gets much worse after that. Just avoid this banner, it not worth the hours and hours it takes.

Now been updated to include all 24. Beware that some are not accessible 24/7 i.e. botanical gardens

Best to do this by car/bike