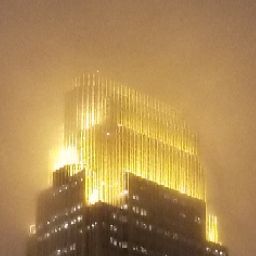 Completed over the course of 4 days, between 15 and 22 missions each day. Each day was about 6 hours, including meal breaks. This banner is enjoyable in general considering the length. Some missions have better routing than others. For example, missions 10, 11, 15, 54-66 all have some amount of backtracking; this does not need to be the case. Especially in the last 10 missions, there are an abundance of portals whose usage would improve the routing and minimize or eliminate backtracking.

Mission 15 is the worst offender. Something has happened to portal 5. The route goes 1.1km out the way from portal 4 to portal 5, only to walk back another 1.1km to portal 6.
On the map in the scanner for this mission, this route is shown. However, on Ingress Mosaick a different, much more efficient route is given.

Couldn't complete missions 21 and 22: the castle grounds were closed after 1700 due to the Edinbrugh festival and the bandstand being constructed on the esplanade. Normal hours should resume beginning of September.
Also, all the gates to the alternate paths were locked due to health and safety reasons.

The Garden Society of Gothenburg